Arkin Derma is specifically focused on investments for developments of technologies and products in dermatology. The leading company in this investment arm is Sol-Gel.

Sol-Gel
Sol-Gel is a clinical-stage pharmaceuticals company that develops a diverse line of innovative and generic products. Through its proprietary silica-based microencapsulation technology, Sol-Gel offers more effective treatments for a variety of skin diseases, with better tolerated medications.

Despite the fact that dermatological conditions have a profound effect on patient quality of life - there are few innovations in this field. Via Sol-gel, Arkin Derma aims to find and expose these innovations that can make the difference.

Dr. Alon Seri-Levy has headed Sol-Gel since its inception in 1997. Under his leadership, the company has formed collaborations with multibillion dollar US and global corporations, developed and introduced into the market several products that are still being sold, and raised tens of millions of dollars in private placements before going public on NASDAQ. With Alon as CEO, Sol-Gel has established itself as a fully-GMP pharmaceutical company with post-phase III products.

Alon previously established the computer-aided drug design department at Peptor Ltd., and after a brief period dedicated himself to creating Sol-Gel. 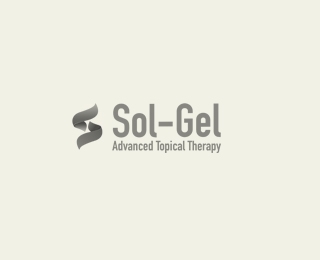